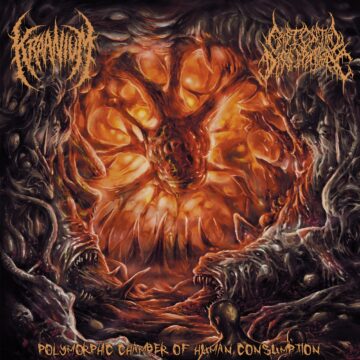 OUT NOW • Two of the best slam bands on the planet together on one CD. Bob Shaw's last recorded work. 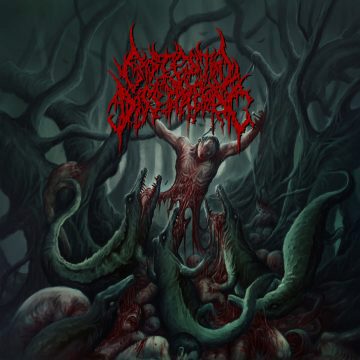 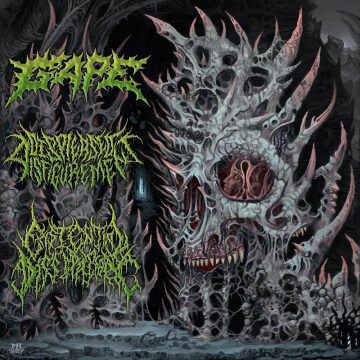 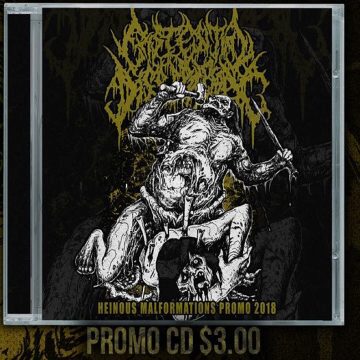 From the beginnings of Existential Dissipation, we bring you two of the first songs we ever wrote plus one cover song from one of our inspirations - Dying Fetus.

Existential Dissipation came into existence in 2016 via founder Franky D’Alimonte, as a side project outside of Corprophemia. In the following years, the project drew more interest and the idea of turning the one-man project into a full band gained traction. Bob Shaw (Cuff) was added to the lineup on vocals, which solidified the direction of the sound. The demo track “Devoured, Decayed & Displayed” was produced and released shortly thereafter, which in turn caught the attention of Slam Worldwide and hailed as an upcoming band to keep an eye on. After building up some interest from the newly-released single, Existential Dissipation caught the attention of CDN Records, which later signed the band.

With the growing desire to perform live, both members began searching for additional members whom they felt would compliment the project while adding something new to the writing style. In 2017, Justin McNeil (Necroexophilia, Murdered) joined, taking on drum duties as a session performer and to complete the line-up, Kyle Lam (Mendacity) entered the fold in early 2018, filling in on bass to complete the low-end assault needed for the sheer brutality that is Existential Dissipation.

In 2019, Existential released their first full length “Cesspool of Remnants” which became recognized for it’s brutally charged riffs and direction leaning towards the 90s slam/brutal death metal approach while also having some known and respected guest vocalists jump on some tracks for this release. Shortly after, they returned to the studio to focus on their next lineup of material after curating and solidifying the idea of a split release alongside slam kings Kraanium which moved into full forced during 2020. With the departure of original guitarist and songwriter Franky D’Alimonte, Existential Dissipation decided to trek through and continue forth with this monumental collaboration and took on Jason Burt (Mendacity) & Nicholas Luck (Skyless Aeons) for all guitar duties which later encapsulated the release of a two song demo entitled “Unrelenting Barbarity” as a teaser to the upcoming split with Kraanium, showcasing the incorporation of some more technically driven elements to their sound.

In mid 2021, the split album was rearing for a release date within spring of 2022, and as the new year bestowed closer towards the release date, the unfortunate news of the passing of vocalist Bob Shaw was announced; Existential Dissipation have made sure that this album would be released as a promise to Bob and all the work they put into it over the course of its development, marking this as one of Bob Shaw’s final releases to date, and a sentimental release to not only Existential Dissipation itself but to many that have known or supported Bob over the years.

-Bring forth the onslaught- 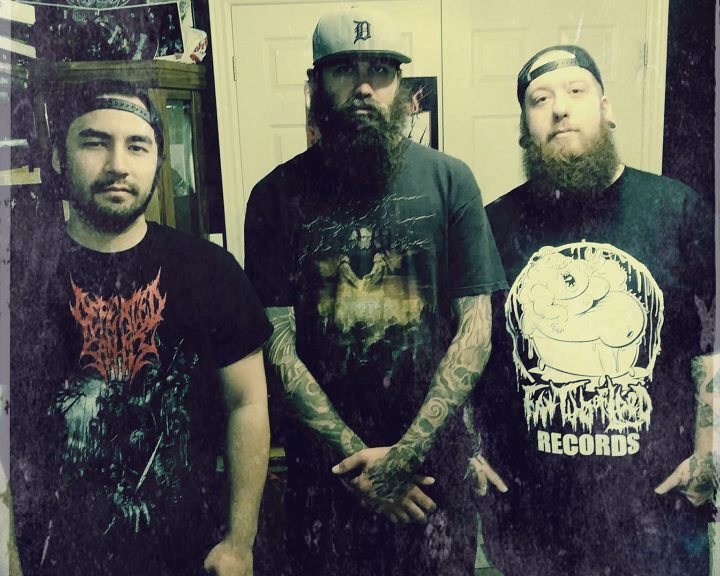 The Members of Existential Dissipation