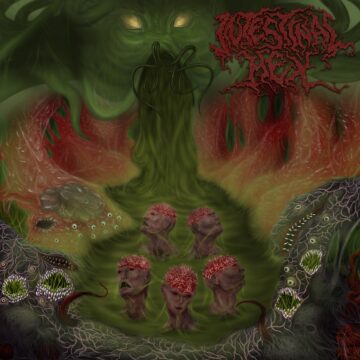 Spewing forth from the mind of Daniel Bonofiglio (Fumes, Grotesque Mass, Gutvoid) in early 2021, Intestinal Hex is a rancid soup of death metal madness: a broth of sloppy gurgling vocals, steeped with chunks of guitar rhythms, doused with a film of ripping guitar solos, all sitting in a cavernous bowl carved out of primal rock.

The debut full-length, The Exalted Chambers of Abhorrence, was released on CD through CDN Records in February of 2022, and the recent split tape with Pukewraith will also be seeing its CD release later in the year.

The Members of Intestinal Hex