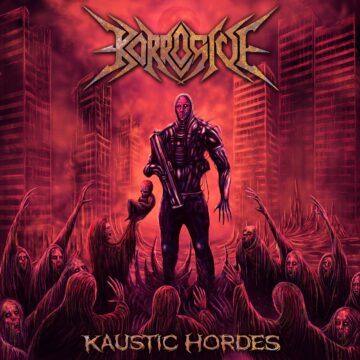 Eight songs of pure, extreme thrash, now on cassette. Brings the nostalgia of the German and Bay Area thrash scenes to life!

In 2021, Korrosive released Kaustic Hordes, an album featuring eight crushing tracks. The band is currently recording their follow up album, slated for a late 2022 release.

The Members of Korrosive