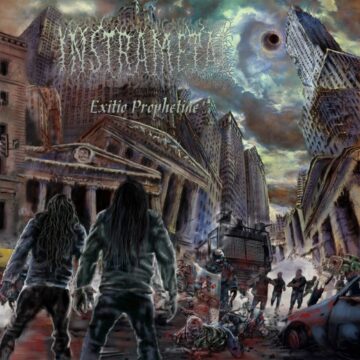 Instrametal is a South African passion project by Wiets Botes, which first saw the light of day back in 2008. Instrametal’s music crosses all metal genres, bringing in influences from all across the board. From death metal to doom, to thrashy vibes, to black metal; we try to bring the character of the genres we listen to the most.

With the two most recent albums, released on CDN Records, Instrametal ventured into vocal texture territories for the first time. Dominic Vorster (Bleeding Spawn, Displeased Disfigurement) contributed the vocals and lyrics, with Wiets handling all the instrumentation and production.