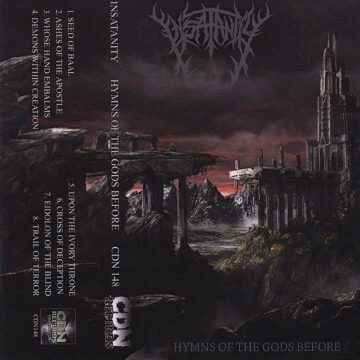 Insatanity – Hymns of the Gods Before (Cassette) 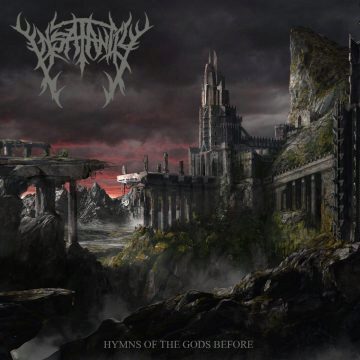 Insatanity – Hymns of the Gods Before

Insatanity is a cult Blackened Death Metal band originally from Philadelphia, Pennsylvania. Now based in Tampa, Florida, the band’s uncompromising style helped to define the American Northeast’s uniquely brutal death template, alongside the likes of Vital Remains, Suffocation, and Immolation.

Formed in 1992, the band immediately began writing material for their self-titled debut demo. This brutal four-song offering was released in February of 1993, and it established Insatanity as one of the most intense metal bands in the Philadelphia area. They followed up with two more demos, “Ad Maiorem Satanae Gloriam” in 1994 and “Unholiness Rising” in 1995, before unleashing their debut album, “Divine Decomposition”, in 1995 on Unisound International Records out of Greece.

Insatanity parted ways with Unisound shortly after the release of “Divine Decomposition” and subsequently began writing new material and playing shows, building a large following of supporters. In July of 1997, the band re-entered the studio to record their next offering, “Vengeance From Beyond The Grave” – a Split EP with New York band Immortal Suffering. The split was a very anticipated release in the underground metal scene, selling well and receiving much critical acclaim.

After several years of regional touring, Insatanity entered the studio once again at the beginning of 2005 and recorded a four song EP entitled “The Black Stone”. This release was long overdue and got much praise from the metal media and fans alike. That September, the band then headed out on a solo US tour. After returning, Insatanity again entered the studio to recorded their next EP, “The Day God Died”.

In 2014, Insatanity was offered the opportunity to go to Europe with Bloodsoaked for the Consuming Europe tour. This was the band’s first time in Europe and they were well received. Upon returning, the band left relocated to Tampa, Florida. Insatanity did a three-week US tour with Brazilian band Nervochaos in 2015, and partnered with Pathologically Explicit Recordings to re-release the band’s “Divine Decomposition” album with new artwork.

In 2017, Insatanity continued their partnership with Pathologically Explicit with an EP entitled “Upon the Ivory Throne”, which was released in 2018, with drummer Gabriel Lewandowski. Later that year, Insatanity played the Las Vegas Deathfest. Early in 2018, the band added Vanessa Cordoba on Guitar/Vocals and Larry Abrams on Drums. They released the video for “Whose Hand Embalms” to promote the EP.

Shortly after the video’s release, the band recruited Ronnie Parmer (Bloodmessiah) on Drums. Solidifying the new lineup, they recorded new material for their latest full length album entitled “Hymns of the Gods Before“, which was mixed and mastered by Jarrett Pritchard at New Constellation. 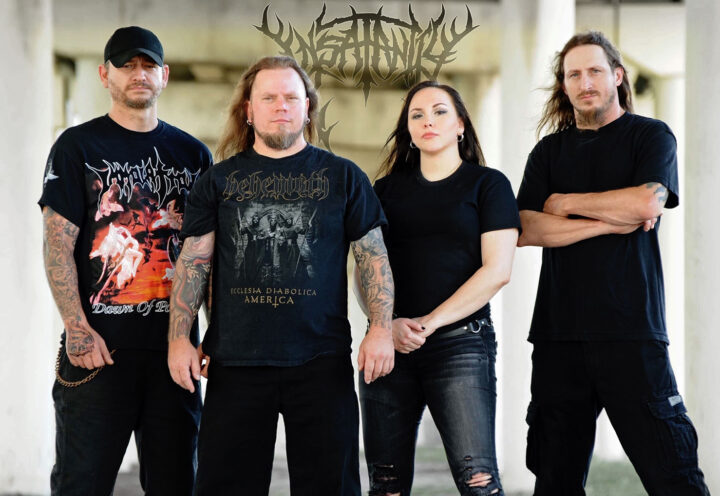