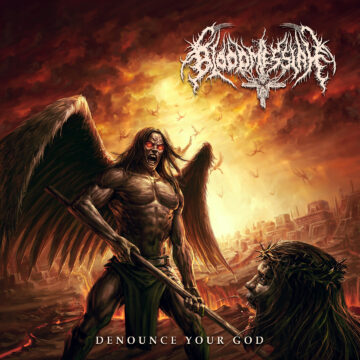 The sophomore album from this Florida-based old school death metal band. A project by two former members of Catalysis.

Bloodmessiah is a Florida-based death metal band formed by Ronnie Parmer. In the vein of old school death metal, it doesn’t venture far from bands such as Deicide or Morbid Angel. With tasty, classic heavy riffs, thunderous drums, ripping solos and evil incarnate vocals and lyrics. Mike Vredeveld – formerly of the Tampa, FL band Catalysis – brings the fury on vocals.

Ronnie Parmer fills out the rest of this onslaught. He writes and performs all the music on the first two Bloodmessiah albums. He has drummed, sessioned and/or worked with such bands as Amon, Malevolent Creation, Brutality, Angelcorpse, Perdition Temple and Immolation to name a few.