In 2010, on the dark and stormy shores of Virginia Beach, Virginia, a band was formed with a vision of keeping it old school while delivering on the modern facets of death metal. Gutted Christ aims to please, combining multiple styles from multiple like-minded members. Their 2016 debut album “The Sower Ov Discord” set the stage for the assault to come against Christendom and organized religion as a whole.

Thus far, they’ve slowly been spreading their sounds of the apocalypse to the East Coast, with a goal to spread beyond, far and wide. Their sophomore album “Hail and Kill”, due for release in 2023, is destined to make a name for the band and propel them into the upper echelons of the death metal community. Get Gutted! 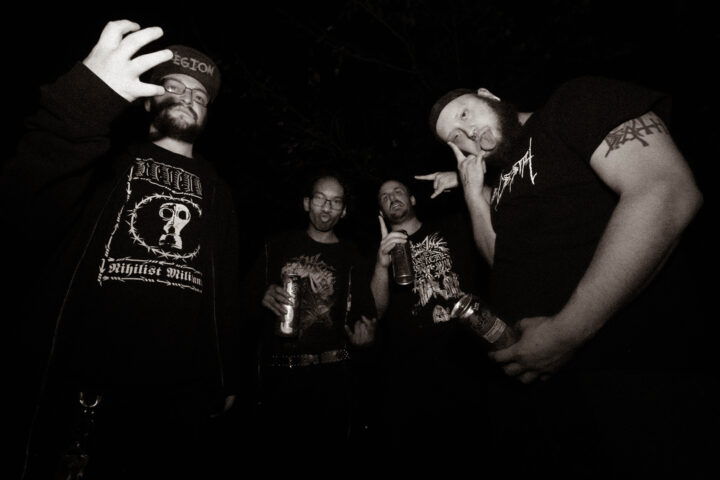 The Members of Gutted Christ