A ferociously groovy, mid-tempo headbanging assemblage of tracks that will please both old school and new school death metal fans.

This death metal quartet is currently a split-city project where half of the group dwells in Calgary and the other half in Edmonton. The band is, and has always been, based out of Edmonton, AB. Each member brings their own distinct flare to the music, live theatrics, and social media content.

Bryan Newbury formed the project in the fall of 2017 by inviting Curtis Vieville and Helge Lipphardt to jam simple and catchy death metal. A couple of months later, Jason Cullen joined the group and then Nate Mandrusiak joined shortly thereafter, forming the five piece that produced their Self-Titled (March 30th, 2018) and Blodørn (September 8th, 2018) EPs. Curtis Vieville left the group to travel for the summer of 2018, leaving the band to record bass and vocals for the Blodørn release on his behalf.

During late fall of 2018, the group parted ways with Helge Lipphardt and brought on Curtis’ old bandmate Wally Fischer. The group then released the EP Beloved Imprisonment on January 31st, 2019. Immediately after the last release and a few gigs, the group picked up where they left off and hunkered down for the big one, which came to be the full-length Blood Spell. During the writing of the next album the band parted ways with their singer Nate in early 2020, and from thereafter the group became a three-pronged vocal assault team.

In the spring of 2020, CDN Records approached the band with a record deal and they became a signed artist. Each release from Sadistic Embodiment grows in depth and complexity, while maintaining simple and heavy death metal passages. They pride themselves on having catchy choruses intermixed with powerful and epic melodies. The newest material exhibits dark soundscapes with a lot of variation in song type and feel. Listen closely and you will find evil and pain lurking in the mix. 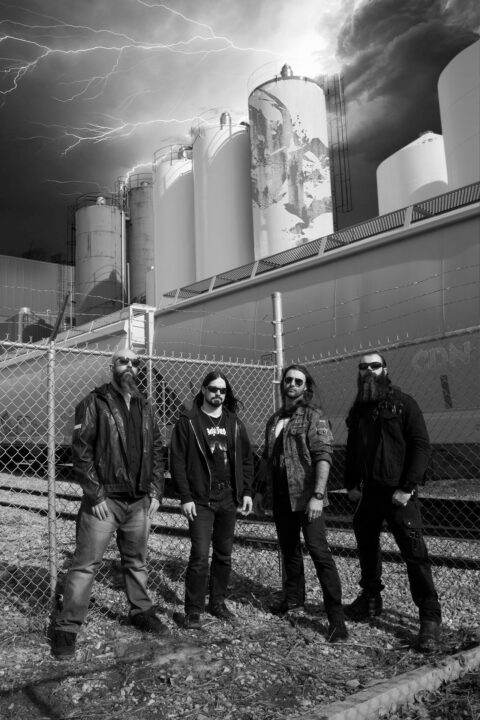 The Members of Sadistic Embodiment