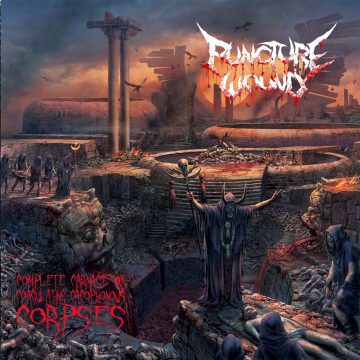 During the mid to late 1990s, death metal nearly all but died off. Only a few old school bands like Incantation, Immolation and Cannibal Corpse were able to weather the storm and forged on to produce some great albums for the next generation of fans to grasp onto and start their own legacy into the 2000s. Since then, a lot of bands dedicated to the old school have emerged, bearing the torch that is Old School Death Metal (OSDM), and one of these bands is Gold Coast heavyweights Puncture Wound.

On 7/7/17, Puncture Wound released its first 4 track EP entitled Brutal Butchery of Bargain Basement Bodies. Respected Heavy Metal journalist/reviewer Kelly Tee describes the EP as “absolutely brutal death metal and everything about this EP is sensational”. She described the opening track, Gorruption, “like a punch to the throat”. This EP also includes the live fan favorite Indiscriminate Slaughter.

Since 2017, Puncture Wound has been a regular supporter of the Metal United festival series, playing both the Down Under and World Wide shows, in Brisbane, the Gold Coast and Lismore, N.S.W. In February 2019, the band was approached to open for Australian metal giants Whoretopsy and A Night In Texas. The band was well received and all feedback has been extremely positive. More recently, Puncture Wound was selected to support thrash legends Artillery on their Australian Face of Fear Tour.

On the 10th of April 2020, Puncture Wound’s debut album, Complete Carnage of Coagulating Cacophonous Corpses, was released. This was as a limited edition digi pack CD. The album contains 10 original tracks of blistering OSDM. Hardcore Gateway reviewed the album as a return to the true essence of death metal, No frills, just kills, and rated it as a rare 5/5, stating “the album has no flaws and any death metal fan needs this in their collection.”

The album soon caught the attention of the large Canadian label, CDN Records, who signed Puncture Wound for a world wide release of “Complete Carnage…” and the band is currently working on their follow-up full length album, DDoDDD, due sometime in 2023.

With three singles, a mini album, a full length and a live VHS unleashed so far, 2022-23 is looking to be the best year yet for Puncture Wound, having just completed a mini east coast tour and international support slots yet to be announced, there is no stopping this machine. 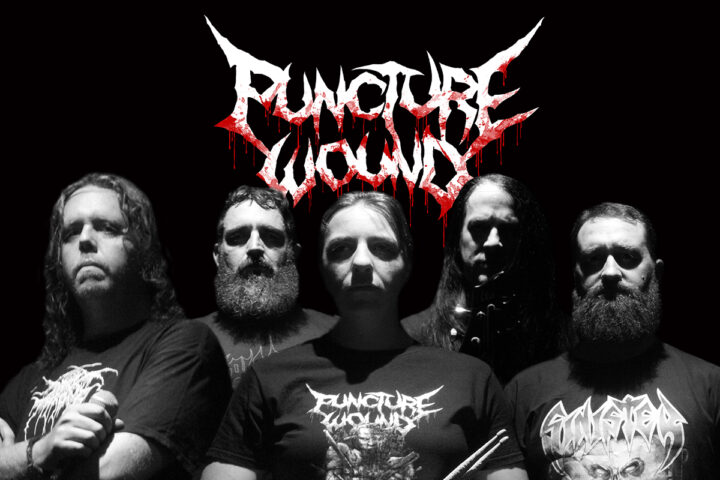 The Members of Puncture Wound