Officially formed in Cambridge, ON, Canada’s Disgust has been delivering Death Metal for nearly two decades. With their original 2003 “Hear the Bones Crack” demo gaining local traction, Disgust chipped away at building a strong home grown fan base in quick order.

Their 2004 official debut album “Years of Torment” sold over 1000 copies independently which caught the attention of many including a Montreal-based label, Big Metal Records. From there Disgust signed with Big Metal for a split with Montreal-based Inveigh, and started touring coast to coast in support of the release. The tour was an immediate success and helped raise the band’s profile, as they started to gain notoriety.

In 2006, Disgust released a limited edition collection of demos and new material, which was also released through Big Metal Records. The release sold another 1000+ copies and was supported by an even more successful Molest the West tour, which once again took the band to new heights. From there the band continued to play out through North America, including a stop at the 2007 California Death Fest.

In early 2008, Disgust parted ways with their original bassist due to creative differences. Disgust then went on to share the stage with notable and influential acts such as Dying Fetus, Obituary, Cryptopsy, Hate Eternal and many more acts that inspired the creation of the band.

With much more to prove, Disgust followed up with a late 2011 release, “Infinite Obliteration”, where they had taken the brutality and technical performance to a whole new level. Although no official tour was done in direct support of the release, Disgust went on to play successful shows with many notable acts such as Suffocation, Lividity, Putrid Pile and Misery Index.

In the summer of 2016, Disgust collaborated on new material where they saw themselves once again reaching a new level in heaviness, technicality and all around perfection of their craft. The album was recorded and produced in-house by Sean and Chris Giacomini, finally capturing the sound they set out to achieve back in 2004. Since the completion of the recording, Disgust had officially signed with long sought-after and legendary label CDN Records to release what is now titled “Assimilate the Infection“.

With a fresh new coat of paint, and the perfect label to support them, Disgust is set to release their new album in November 2019. There is no sign of slowing down from this trio anytime soon, so be on the lookout for new brutal music that will capture the imagination of Death Metal fans worldwide. 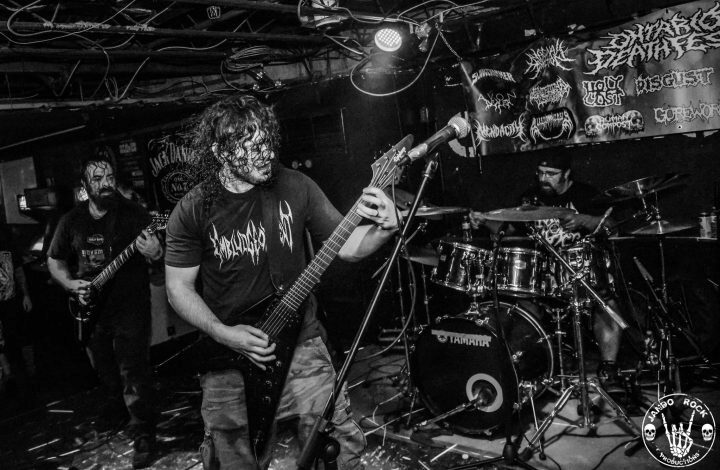 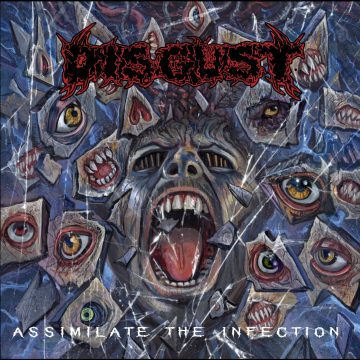 OUT NOW • Disgust are back! Heavy chugging riffs, blistering drums and a wide variety of vocal ranges that capture the imagination of the sick.