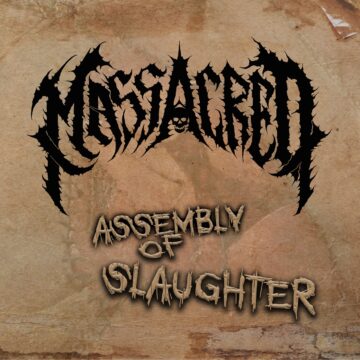 OUT NOW • The heaviest stuff you will hear this year - MASSACRED (Argentina) with their brand of MORTICIAN worship. Featuring their first two demos plus two unreleased tracks.

Massacred is a solo project started in 2017 under the name Cremated. Cremated independently released two demos, which can’t be found anywhere now, for free. It was very well-received because it sounded like a modern version of Mortician; that was the idea after all.

After a four year hiatus, I decided to get back to it under the name Massacred. The idea of this project is to pay tribute to the most brutal band on earth, Mortician. I love the simple, to the point riffs – no solos bullshit, and not much technique. Will Rahmer is one of my all time favourite vocalists and I always used him as an inspiration too, along with Roger’s guitar work and that awesome drum machine.

We know that it’s not likely that Mortician will ever return with a new album, so I needed to fill that void.

The Members of Massacred