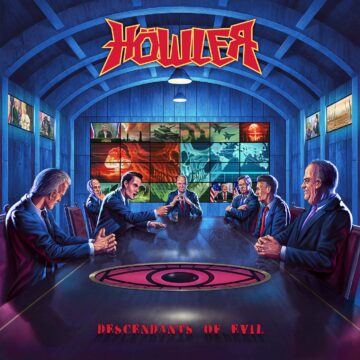 Höwler has played all over Costa Rica, and has had international performances in Mexico, Panama, Nicaragua and Honduras. They’ve been the opening act of foreign bands like DRI, Wiplash, Angelus Apatrida, Solstice and Thrash or Die, and were nominated for “Best Costa Rican Band” at the Independent Music Awards in Spain.

In 2020, Höwler released their third full-length, “No More Circus!”, with Ragnarök Records. In 2021, they released the single “Back to the Garage” to showcase the spirit of their upcoming album, Descendants of Evil. The band announced their signing to CDN Records in 2022.