Exterminating since early 2008, FUMIGATION is a 5-piece death metal band from Ottawa, ON, Canada.

Today’s metal scene lacks bands with a constant theme, or at least an interesting one. Through this void enters FUMIGATION, “Your Death Metal Pest Control Specialists”. The theme of insects, rodents and chemicals is entertaining, insightful, and humorous all at the same time. From phobias to infestations, harbourages to feeding habits, FUMIGATION will dissect the situation and select the best method of control. This method usually comes in the form of groove laden death metal.

Signed to CDN Records, FUMIGATION released their debut full length CD Integrated Pest Management in 2013, and the Invasion split with The Path to R’lyeh in 2017. The band has been supporting large underground metal acts such as Vital Remains, Napalm Death, Malignancy, Revocation, Dehumanized, Incantation, etc. and have toured parts of Quebec & Ontario including participation in festivals. The band has also been featured on various Canadian and international compilations, Canadian and internet radio stations, blogs, mobile game apps, print magazines, and more. 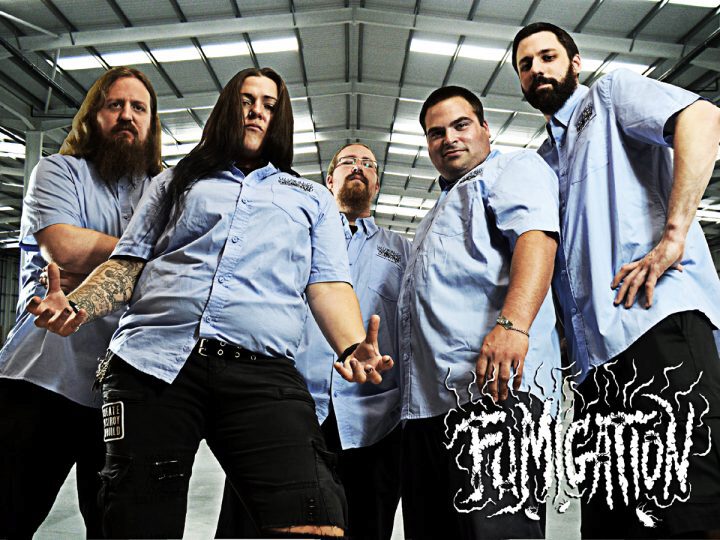 Two incredible brutal bands from Canada on this Split CD 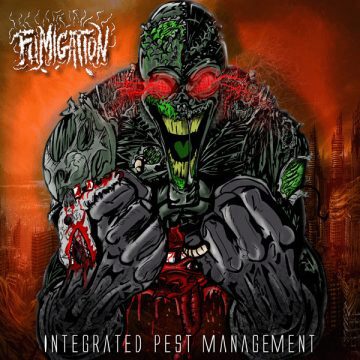